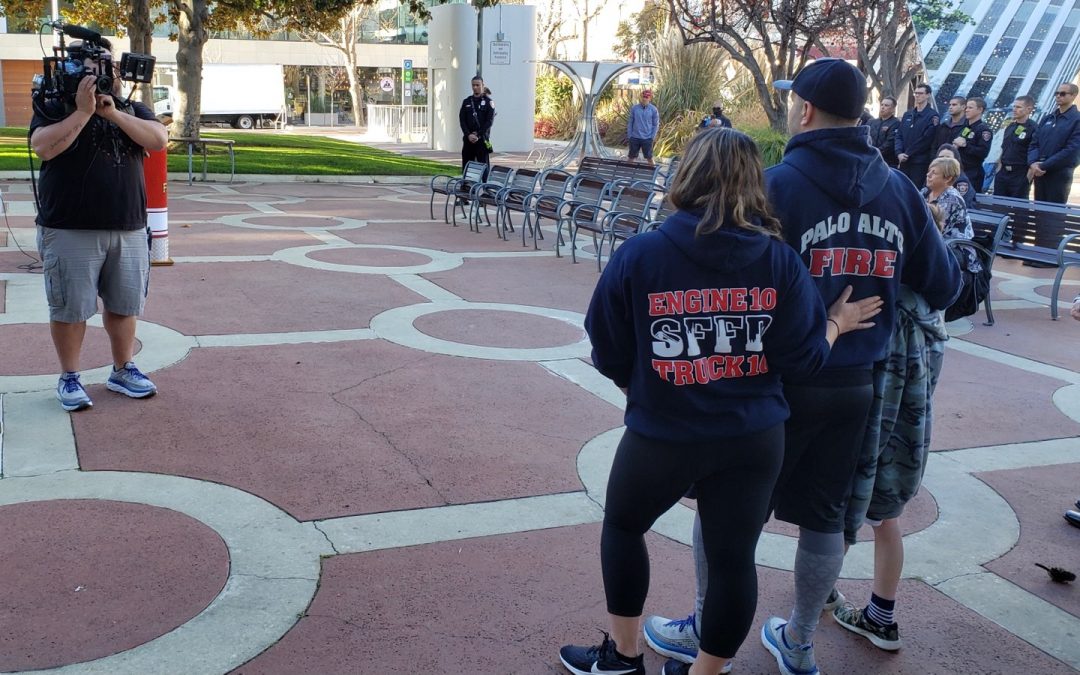 I cannot fully explain my thoughts in this exact moment, but I can explain the entire morning of January 13th in one word, “tornado.”

Cory, little John and I were waiting for the Palo Alto Firefighters Honor Guard to march in and present the colors, but at that very moment my mind was in 1,000 places.

“I miss you,” I thought, as I was thinking of my older brother Michael, who passed away of suicide.

I was overrun with emotion, as it was the four year anniversary of my brother Michael’s death and the fact that I was starting the first day of a dream I turned into a reality. I felt very supported, but also felt as if I had to be in charge of the entire situation. I had yet to find a way to let go and remove the blanket of control that I had laid over the entire documentary, event, and the 630 mile hike we were about to set out upon.

Thoughts were running through my mind. “Why is there no press? Who is posting on social media?…and where is the film crew?”

The wonderful feeling of making a dream come true was drowned out by superficial expectations I placed in front of myself to assure I failed, robbing myself of the ability to accept that maybe this time I was actually doing something special; just maybe I could remove my ego and let my heart be the star.

But, this was not the day for that.

This specific day my friends was a tornado. Good thing “disaster” is my specialty.