In the right direction, to the top 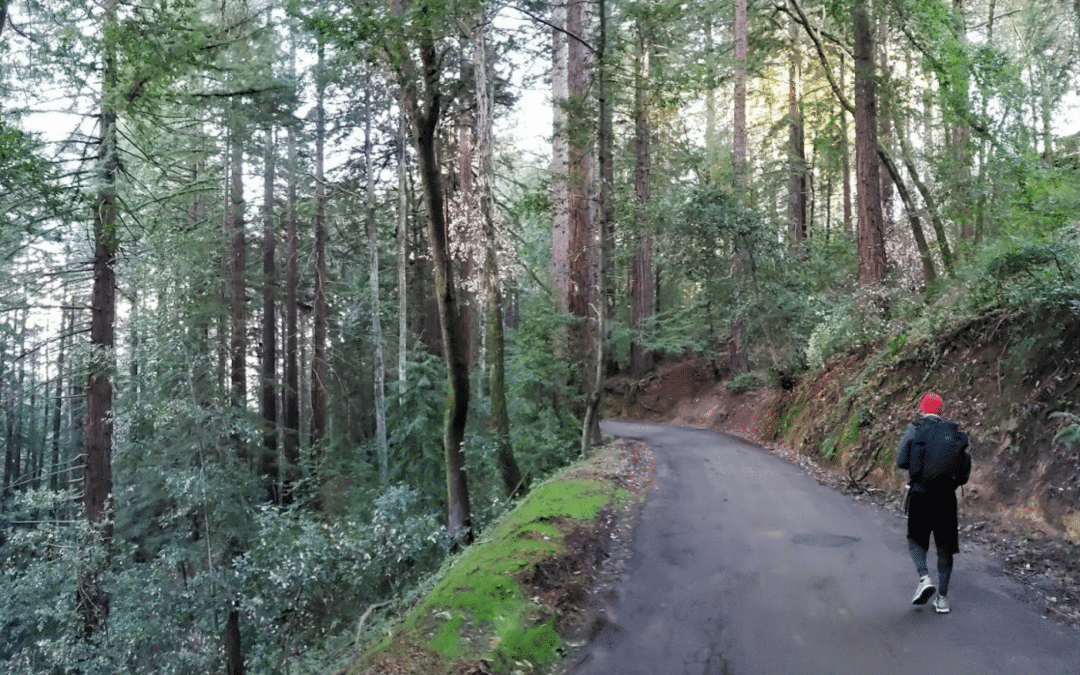 This day was literally filled with so many ups and downs. A day we intentionally planned to not have much support due to the dangers of the Santa Cruz Mountains, we had no idea how complex this day would be.

Just weeks before the hike, Adam (the hike’s logistics coordinator) and I started at the base of the mountains, hiked fifteen miles up and over the peak, and descended into Scotts Valley, where we finished our day at Scotts Valley Fire District Station 2.

The training day itself had been laced with challenges as Adam and I had missed a turn or two, realizing some of the brutal climbs that would be made, and finished hiking the last mile of our evening through a torrential downpour.

Despite the obstacles, that evening, I thought to myself, “Phew, I can do it. I can climb this hill and honestly feel pretty good.” I also saw Adam, who is very fit and strong, battling a little with the hike. His experience bolstered my faith that I had sufficiently trained for this and would be ready in two weeks when we take on day two of 22 and You.

Throughout that day, Adam and I shared stories of our younger years, kids, women, loss, love, and most importantly, planned how we will use this hike to help others in the future.

While we’ve both seen the plans we made continue to grow and create a more established pathway for us to reach out to others, the sense of confidence I felt at the end of that training day would soon waiver once the hike was underway.

“Give me six hours to chop down a tree and I will spend the first four sharpening the axe.”

The axe was sharp, very sharp, but indeed there is more to an axe than just the blade.

Day One
It was brutal and full of emotions. I could barely eat, sleep or hydrate, and I remember that morning as Shannon and I left downtown Campbell asking him to lighten his pack weight and start to focus on keeping me on my feet.

That morning as the sun rose, I was unsure I’d even finish that day. What was worse was we had about eleven miles before we even reached the base of the mountains where Adam and I had begun our training day. Those miles were so grueling.

To bypass CA 17 for safety, we had to take an access road that was dirt and rock, which also had a very steep incline. The rocks took their toll, and within the first twenty minutes on the trail, I had blown my first blister of the hike.

Though I no longer remember which foot or what part of my foot the blister was located, I will never forget the hot, wet, boiling feeling that rushed over my foot and crumpled me to the ground.

The zipping roar of the 17 and the sound of a smooth-rolling creek surrounded me as Shannon broke out his medkit and for the first time, went to work on my foot. It was mid-afternoon as we traipsed along a trail cut for a pipeline and made one last major climb on the dirt road before I realized where we were.

I could now see in the distance where Adam and I had begun our training day. At that moment, I could not have felt more defeated. My legs were jello, the busted blister was screaming with every step, and I now stood at the foot of what I already knew to be hell.

“But man is not made for defeat. A man can be destroyed but not defeated.”

I Was Destroyed
I was destroyed indeed. I remember the stop at the foot of the mountain and how I felt. I remember being angry inside, though I attempted to show a happy face. I remember not wanting to speak with anyone, so many continued to check in with me about my well-being and seeking reassurance.

I remember taking a few bites of my meal (lunch, I guess) and wanting to puke all over the inside of the truck. I remember looking at Shannon and knowing he would do everything in his power to assure that no matter how destroyed I became, I would not be defeated.

A New Day: Day Two
As we descended the mountain and the sunset on day two, I had again found a strange sense of confidence. Though I had already been in an immense amount of pain that day, I was physically exhausted and at that point still struggling to eat…but the sunset at that moment reassured me that we were heading in the right direction.

We had reached the top of the mountain, but by no means was this going to be an easy downhill from here. Day two was long, brutal, and more than we could have ever prepared for.

But, just as beautiful as the sunset that evening, the day left us with hope for better days to come, for growth, for change, and for the end of what started as an aggressive uphill battle.