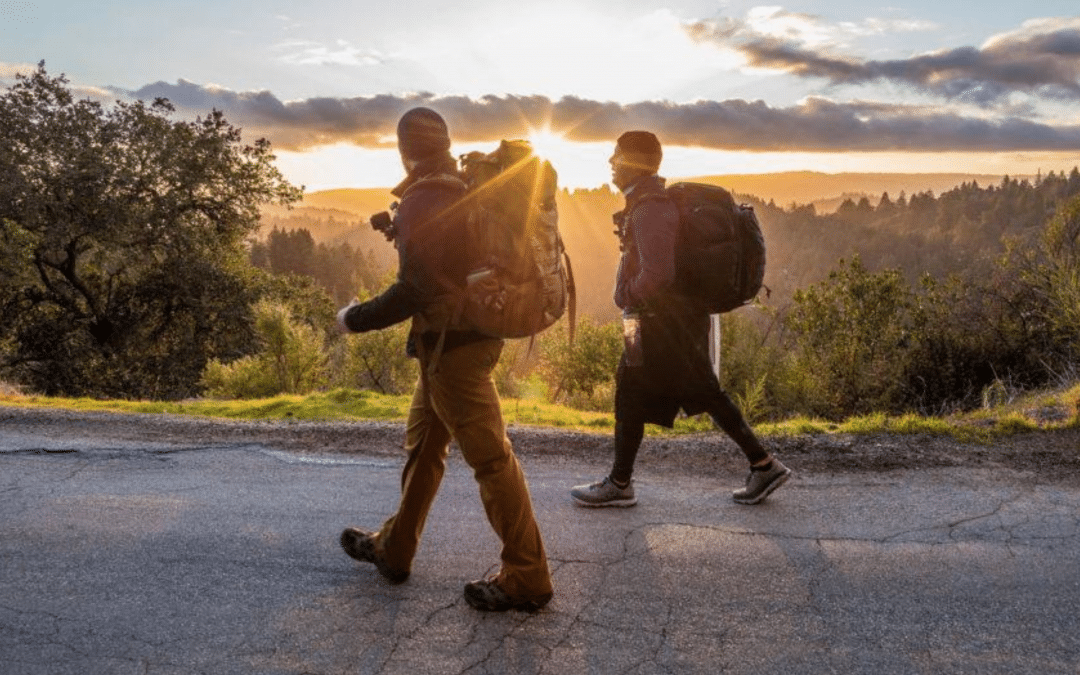 22 and You, November 9, 2020 – Marine Veteran, Firefighter, and Sony recording artist John Preston put himself through physical agony to express to the world the pain he felt after losing his brother to suicide; it has all been documented and can be seen in the groundbreaking new documentary “Carry The Weight.”

In 2016, Preston’s older brother Michael, a Marine Veteran and police officer, lost his life to suicide after suffering from post-traumatic stress (PTS), which developed from experiences he faced while serving the county and his community.

To spread awareness of Veterans, law enforcement officers, and firefighters suffering from PTS, he initiated a movement to save lives by embarking on a 630-mile hike along the coast from Palo Alto (Northern California) to San Diego (Southern California).

“I brought along a camera crew comprised of Veterans and first responders to capture my hike through the wilderness, dirt, cities, wind, and rain. For 28 days straight, I traveled 22 miles per day, while carrying a 22-kilogram rucksack by foot.”

The 22-mile hike per day and the 22-kilogram (48 lb.) backpack-like rucksack strongly symbolizes the 22 veteran lives that are lost to suicide on average, every day.

This groundbreaking new documentary not only details the intimate reality of Preston’s experience of when his brother became one of those 22 Veterans but through heart-to-heart interactions while hiking, it also shares the story of others who have struggled with PTS or have lost a loved one to suicide.

“What’s evident throughout this documentary is how connected so many of us are and how similar some of our stories can be. When being left behind by a loved one after suicide it can often feel like a lonely experience. But, by connecting with others, it motivated me, even more, to hit the ground and prove to Veterans and our first responders that they are important, loved, and together we can move forward,” continued Preston.

The documentary showcases a determined Preston, who at one point could barely walk due to blisters, as he struggled to carry on with 22 miles in one day, but he managed and will continue advocating and saving veteran lives along the way.